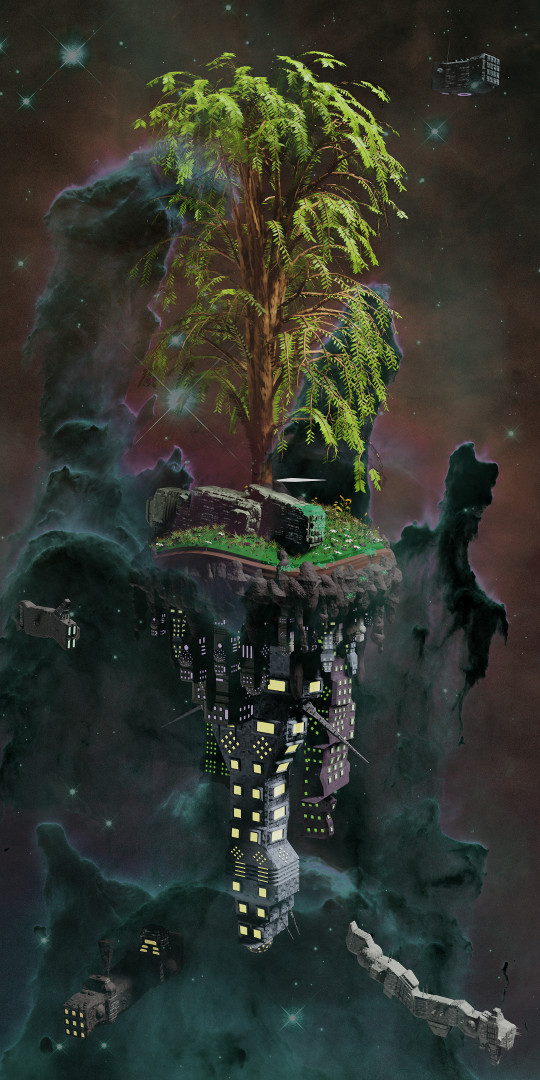 The Result did not made it into the competetion because i spotted and started the challenge a bit too late to complete it in time. Though i opted into an easy and fast to accomplish design decision.

The reason for breaking the deadline was that everything needs its time and most things are taking more time then expected (at least for me). This is because when we were estimating the time for a project in the beginning we mostly take into account the obvious things to be done. This is like an iceberg where only a small part of it is visible. But when we take closer look and investigate it we found the iceberg beeing much bigger than top over the water.

With time we got more experienced and more aware of thoose hidden tasks that also needs to be done. But even then the things under the surface are mostly underestimated. And can be emerging as whoole complex citys.

In this specific case there where some problems with lacking knowledge of geometry nodes which hold me off. And also with volumetrics where i fiddled a few hours around, ending up with a simple fake of them in the compositor. Other things went pleasingly well. So i tried to get most things generated with either geometry nodes or addons. For Example the Tree were quickly generated by the build in addon saplings and the starships were made with a space ship generator.

And for the city beneath the surface i just took parts of generated spaceships and arranged them together quickly with my own face2FACE addon.

For the background i used a picture from the hubble telescope by NASA, ESA/Hubble and the Hubble Heritage Team with altered colors. For the scattering of the flowers on the floating island i used a dandelion from Cianon, a Sunflower from turtlemode, some low-poly cogon grass from AlicePandaArt and low poly flowers from Anskar. Quickly imported to blender via the sketchfab blender-plugin. All used resources are published under the creative commons 4 by attribution license