Why the earth of all planets? 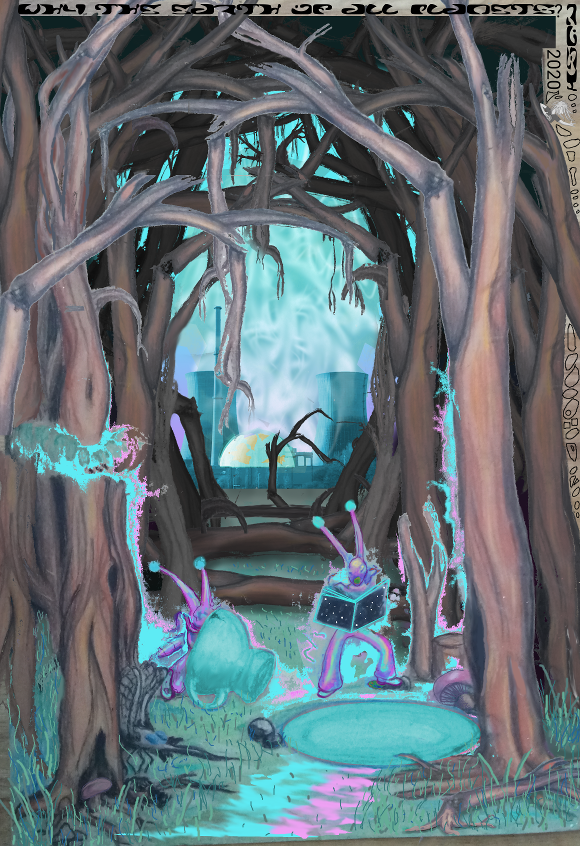 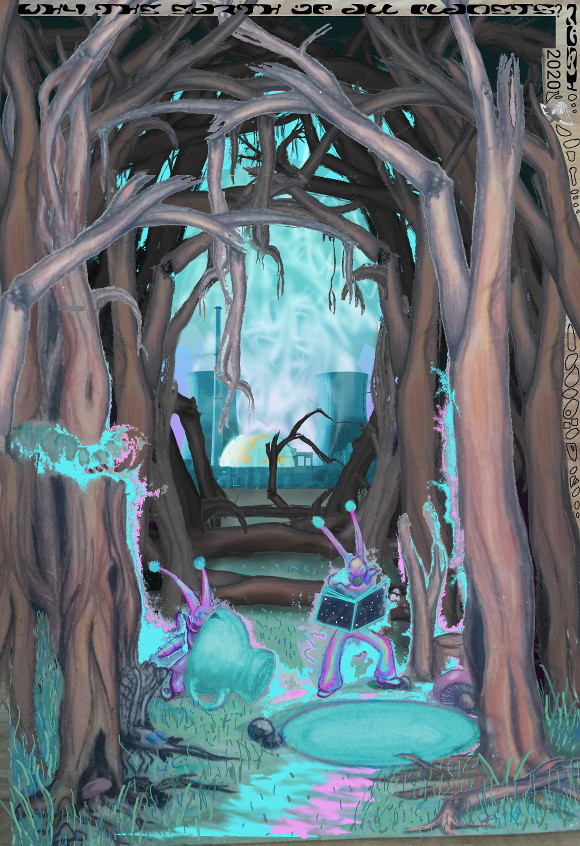 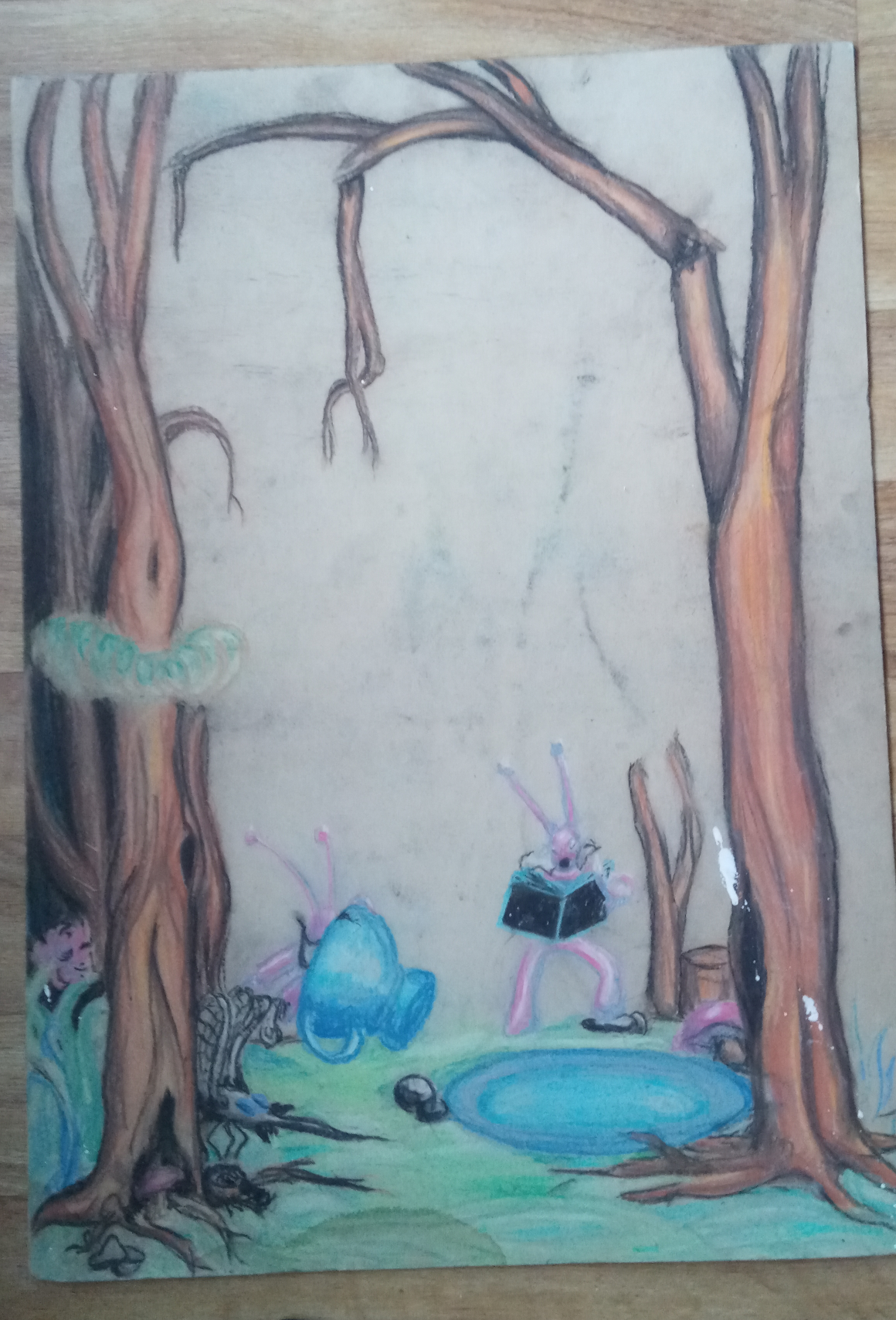 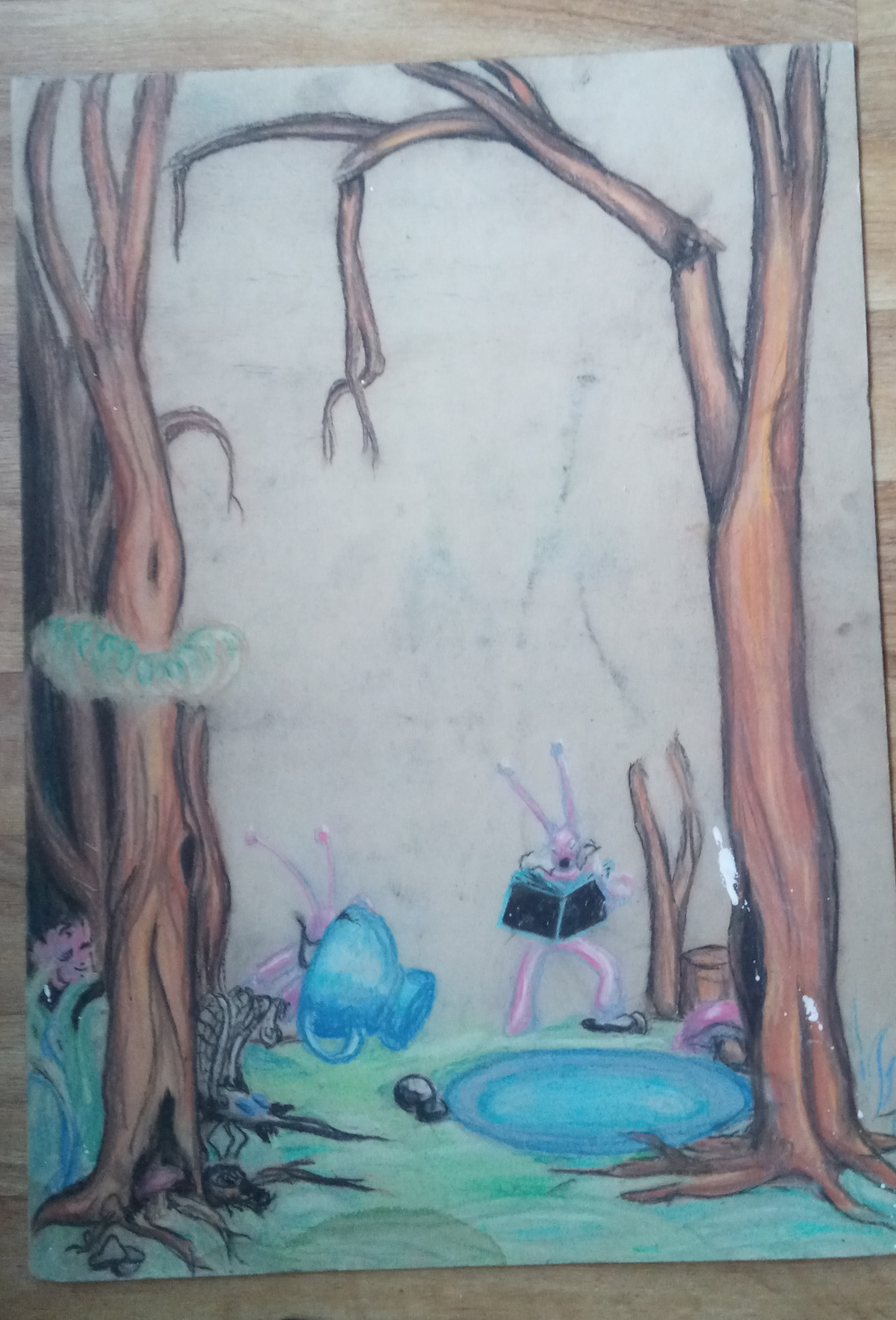 This was a concept of myself long long time ago, when i was doing a some crayon paintings. But this one never got completed, because i was unsure how to work out my imagination.

Lately i discoverd the unfinished piece somwhere took a picture of it and completed it with the help of gimp.

For it i just cut out the trees that i had already drawn. Copied it a few times and i ended up with the forest i always wanted. Added a picture of an nuclear plant from the web, did some color adjustements and added some smoke.

And voila .. around 25 years later i finally finished it ... and if you want a moral of the story: Dont give up! For some things it is never too late!